The Birman is also known by the title ‘the Sacred Cat of Burma’. The history and origins of the Birman cat are somewhat unknown, with no clear records existing. It is said that the breed originated in the town of Burma (now Myanmar) and somehow some cats found their way to France, although there is a mix of opinions how this came about, including smuggling a breeding pair in to the country. However, the agreed opinion is that the first incidence of the breed in France was as early as the 1920s. The breed was nearly wiped out after World War II, with only two cats surviving – a breeding pair. The re-building of the breed in post-war France was therefore all from offspring of this one pair and breeders had to outcross with other similar breeds such as Persian or Siamese. By the early 1950s, pure Birmans were again being produced and the newly-founded breed was recognised by the Cat Fanciers’ Association in 1966.

Birmans have a large, robust frame, with a broad face and a distinct long and wide Roman nose. The ears are big and wide-set on top of the head and their eyes are always a deep Sapphire blue. Their long-haired coat is soft and silky, but they do not have an undercoat, leading to less grooming needed and less matting of their fur. A typical Birman adult cat can reach a height of around 10 inches, with a length of 15 – 18 inches, and weigh around 4 – 5 kg.

The Birman is a colour-pointed cat and must always show that colour, except on the paws where pure white, symmetrical ‘gloves’ are a trademark of the breed. The white must involve all the toes, and should extend further up the back of the legs, and are referred to as ‘the laces’. The standard colour-point colours are seal, chocolate, blue, lilac, cream, and red, and as with the Ragdoll breed, can come in two variations, including tabby markings or tortoiseshell effects in the seal point, chocolate point, lilac point or blue point. Like all colour-point breeds, Birman kittens are born white and start developing their colour at a few weeks old; however, their true coat colour is not fully developed until about two years of age.

Birman cats have been bred as companions for many years now, and as such, are a friendly, gentle, affectionate breed. They are intelligent and keep themselves extremely clean. They are docile and softly-spoken and make an ideal companion pet.

As with any feline breed, Birmans can suffer from the most common heart ailment known to cats; Hypertrophic Cardiomyopathy (HCM), a disease in which the muscle walls of the heart thicken, making it harder for blood to be pumped around the body. The condition can lead to heart failure and other complications such as blocked major blood vessels, causing severe pain. There is a genetic test available to test for the rogue gene thought to be responsible for HCM, although cats who test negative to this gene test can still go on to develop HCM. Cats can be screened for HCM by an ultrasound of the heart, and identified as clear or a carrier. This means it is possible to determine which cats are suitable for breeding and which ones should not be used; highlighting the need to only purchase kittens from reputable, registered breeders.

A 2008 study found that the Birman cat had one of the lowest levels of genetic diversity in any of the cat breeds. However, this is not surprising given the re-establishment of the breed after World War II.

Are you a Birman breeder? Please contact us admin@pedigree-pets.com to help expand our knowledge. 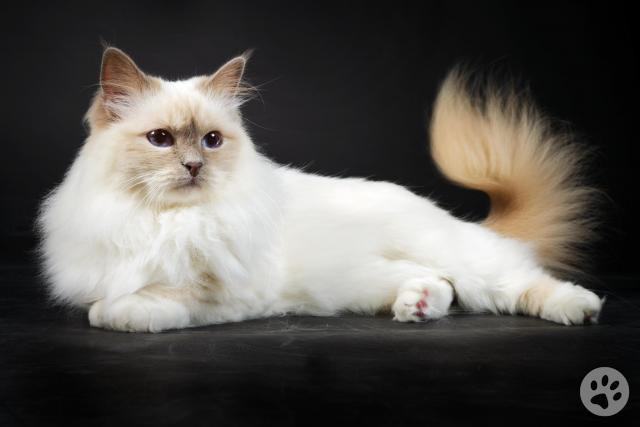