The origins of the Ragdoll begin fairly recently; it only being the 1960s when in the US, a large, white, long-haired cat called Josephine produced many litters at her leisure, of docile, amenable kittens, who were docile, relaxed and ‘floppy like a ragdoll’ when picked up. The neighbour of Josephine’s owner recognised these traits in the kittens and subsequently bought some and borrowed some for breeding from herself, from the early litters. These kittens included Blackie and Daddy Warbucks, who themselves sired founding females Buckwheat and Fugianna respectively. Both Fugianna and Buckwheat were themselves daughters of Josephine, and all Ragdoll cats today are descended from matings between these two founding females, and Daddy Warbucks; all three offspring of Josephine. Various Ragdoll Registry groups have been set up over the years but the largest International Ragdoll breed club is the Ragdoll Fanciers’ Club International (RFCI).

The Ragdoll is one of the largest domesticated cat breeds, with a large, sturdy frame and proportionate legs. The males can reach mature weights of 6 – 9 kg, maybe more, and the females can weigh around 4 – 7 kg. Their semi-long coat is double-layered, but although the undercoat is plush and silky, the top layer is mainly long guard hairs, and is considered non-matting, so only moderate, regular grooming is required.

Ragdolls come in six different colours; red, seal, chocolate, and the ‘dilutes’; blue, lilac and cream, with two different variations, and three different patterns. The variations are Lynx; a variation of a standard colour with tabby markings, and the Tortoiseshell; the standard colours in a mottled or part-pattern variation of one of the patterns. These three patterns include colour-point, mitted and bi-colour. The classic pale, solid body colour with darker colourings at points like the nose, ears, paws and tail is the colour-point pattern. Mitted is similar as colour-point, but a mitted Ragdoll has white paws and belly, must have a white chin and may or may not have a blaze on the face. Bi-colour Ragdolls have more white colouring on the belly and face, white legs and may have white patches on the body. All kittens are born with blue eyes and a white coat, with good colour showing at around 8 – 10 weeks and a full coat and true colour at about three years old. The colour-point gene is responsible for the Ragdoll’s blue eyes, and all purebreds should keep these into adulthood.

Ragdolls are so-named for the very fact they are docile and relaxed enough that when picked up, it is like picking up and cuddling a ragdoll! They are gentle, affectionate cats who seem to love nothing more than being carried around or following their owner from room to room, often being referred to as ‘dog-like cats’, ‘puppy cats’, ‘cat dogs’ etc, due to their placid, friendly nature, and ability for some training, more akin to a dog than a cat! Many have a fascination with water and many will play fetch with their owners, or similar games! The Ragdoll is a quiet breed by nature, they aren’t much of a talker even when in pain or distress, to their detriment sometimes.

Ragdolls have the longest lifespan out of any cat breed, often living up to 15 years of age, sometimes longer. However, they too can suffer from the most common heart ailment; Hypertrophic Cardiomyopathy (HCM), a disease in which the muscle walls of the heart thicken, making it harder for blood to be pumped around the body. The condition can lead to heart failure and other complications such as blocked major blood vessels, causing severe pain. There is a genetic test available to test for the rogue gene thought to be responsible for HCM, although cats who test negative to this gene test can still go on to develop HCM. Cats can be screened for HCM by an ultrasound of the heart, and identified as clear or a carrier. This means it is possible to determine which cats are suitable for breeding and which ones should not be used; highlighting the need to only purchase kittens from reputable, registered breeders.

It is important to note that the incidence of inbreeding is rife in Ragdolls, owing to the fact all Ragdoll cats are descended from just three founding parents. This again reiterates the importance of purchasing a Ragdoll kitten from a specific breeder, who will have details of the parentage through the generations.

Are you a Ragdoll breeder? Please contact us admin@pedigree-pets.com to help expand our knowledge. 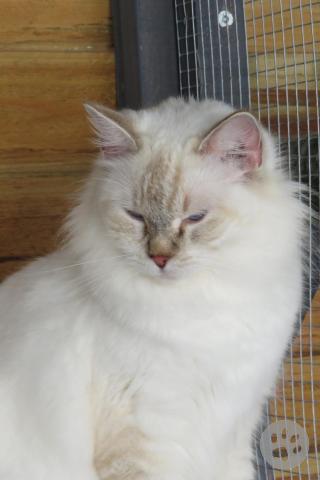 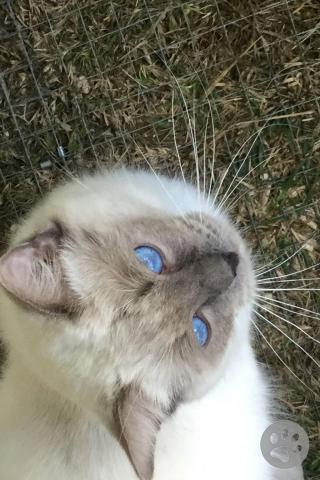