As their name suggests, Border Collies originated from the bordering countries of England and Scotland, in the UK. They may date as far back as the 1700s, and originally would have been crossed with other types of Collies, such as the Scotch Collie and the Bearded Collie. There is a school of thought that the breed may have been introduced by the Vikings, and used to herd reindeer, but the Border Collie quickly became popular as a herding dog for sheep and cattle, on gentlemen farms.

The Border Collie dog is easily recognised by many, despite the fact the colour and texture of its coat can be varied. The well-known black and white, longish-coat is the stereotypical Border Collie, who is also easily recognised by the herding ability and instinct it is forever demonstrating. In the absence of sheep or cattle, they will attempt to run rings around ducks, children, other dogs at the park or whatever is available!

The Border Collie’s coat can come in a whole variety of colours, most commonly black and white, but also red and white, tri-coloured, solid colours, sable, red merle and blue merle. Those with a merle coat often have blue eyes instead of the traditional brown, or one of each colour. They have a double coat which can vary from smooth to rough, short to long, with a slightly-curving long tail which often has a good brush of hair covering. The ears can vary from upright to semi-erect, again often with a good covering of hair. The Border Collie is an athletic, low-slung dog with keen, alert eyes, always looking and moving.

The male Border Collie stands at approximately 19 – 22 inches in height with an average weight of 15 – 20 kg, with the female approximately 18 – 21 inches and weighing slightly less than the male.

Border Collies have a life expectancy of between 10 – 14 years; the wide range is probably due to the environment of the dog, as a hard-working farm dog may have a slightly shorter lifespan than the Border Colie kept as a pet.

Border Collies are notoriously a breed which needs a job. They are highly-intelligent, easily-trainable, sensitive, responsive, have high stamina and are forever alert, busy, keen and active. In the absence of a herding job, they need lots of exercise, interaction and stimulation, both physically and mentally, to keep them from becoming destructive or difficult. They can live happily with a family and children, although can be too instinct-bound and have been known to nip, much as they would nip at the heels of cattle to move them along. They need obedience training if living as a pet, to deter nipping instincts or the tendency to run off chasing cars or bicycles.

As expected, this breed needs a high level of exercise and stimulation, mentally and physically. A walk on the lead every day will not suffice; it needs a good amount of running, preferably with a purpose in mind. Border Collies are very popular in dog agility for this reason, and they can excel at the sport. It cannot be overstated enough that no job or activity can be too much for this breed!

Being an athletic, energetic dog specifically bred for its ability to work at high-intensity levels and for long periods of time, the Border Collie is generally a healthy, physically well-put together dog. However, like all breeds, they can suffer from a few ailments, including a condition called Collie Eye Anomaly (CEA) which the breed is significantly pre-disposed to, hence the name. This is a congenital, inherited disease, affecting many parts of the eye, caused by improper development of the eye. It can have a mild effect on the dog’s sight, or it can lead to blindness, and there is no treatment available. The most common sign of the disease being present is a pale spot appearing in the eye, and diagnosis is by a full, in-depth eye examination of the eye, as early as in a puppy up to age six or seven weeks. There is only quite recently a genetic test available to determine whether a dog is a carrier or clear and this can help in the decision whether or not a dog is suitable for breeding.

The mutation responsible for a hereditary disease called Trapped Neutrophil Syndrome (TNS) has been found in Border Collies although the exact prevalence in the breed is unknown. This is a disease in which the bone marrow produces neutrophils, or white blood cells, but can’t release them effectively in to the puppies’ bloodstream. This leads to the affected having an impaired immune system, and unable to fight infections when they may occur. There is no cure, but a DNA test is now available to determine whether a puppy is affected, as well as to identify carriers, which may help in breeding this disease out of the Border Collie.

Obviously, a farm life beckons for the Border Collie in an ideal scenario; a farm that will hold a few thousand sheep or cattle, which regularly need moved, rounded up, pushed along, fetched from the hills and split between themselves! In lieu of this scenario, an owner who keeps some chickens or ducks, or indeed, has a gaggle of children, and who has a few acres to play in will suffice, as long as the Border Collie is given free rein to round up and control them as he sees fit! 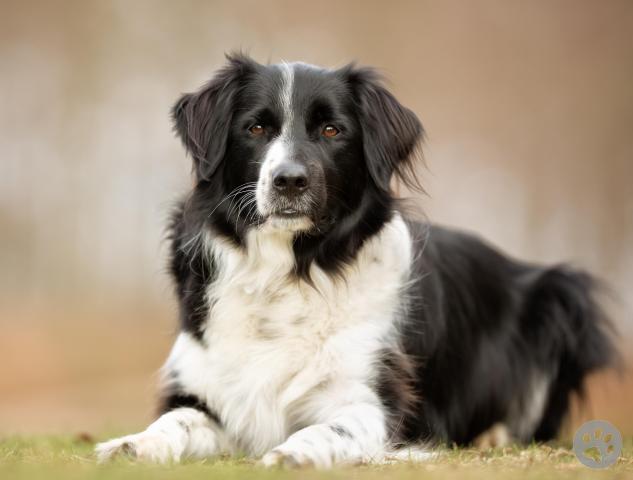