The Bulldog originated in England in the 1200s, and is so-named due to its involvement in the sports of bull-baiting and bull-running, as well as pit fighting. When these pastimes were banned, fanciers of the breed kept up breeding practices and the Bulldog breed was one of the first to be recognised by the English Kennel Club in 1873. It has since become a popular breed in the United States and indeed in many countries.

The Bulldog is well-known for its distinctive ‘squashed’ nose and face, wrinkles and skin folds, and accompanying snorts and wheezing. It is also recognised by its wide stance between the front legs, and the fat, sturdy body with its distinctive ‘waddle’ gait. It is known as a ‘brachycephalic’ breed; where the upper jaw and nose are noticeably shortened, leading to the ‘squashed’ face look, causing breathing difficulties in these affected breeds.

The Bulldog can come in a variety of colours, including brindle; solid colours including red, fawn or white; and a piebald of white with another solid colour. The head is fairly large with a blunt, broad muzzle, giving the face a flat look. The jaws (or ‘chops’) are huge and undershot, so the lower jaw juts out in front of the upper jaw. This can produce the funny ‘grin’ showing the lower incisors often seen in Bulldogs. The neck is thick and strong, with massive, muscular shoulders, and short, strong legs. These generally splay outwards and bow at the elbows and hocks, to give the characteristic wide stance and waddle. The skin is loose with heavy wrinkles and folds to be found on the face, which need cleaned daily to ensure no skin infections appear.

The Bulldog is not an overly tall dog, and adult males will stand at about 17 inches with females slightly smaller at about 16 inches. The males should weigh around 25kg and females about 23kg.

The average life expectancy of the Bulldog is around 8 to 10 years.

The Bulldog is sweet, friendly and gentle, and good with children and strangers. Despite its often fierce-looking appearance, it is a very good-natured dog and no use as a guard dog at all. But they are brave due to their origins as a bull baiting dog and so can make a good watchdog. They will normally get along with any human or animal, but occasionally can be aggressive to other dogs.

Due to its difficulty in breathing and its inability to walk long distances, the Bulldog only needs a moderate amount of exercise, with a short leg-stretch every day. Breathing difficulties will be more pronounced in hot weather and the Bulldog should be kept cool and quiet when this is the case. Most bulldogs cannot swim and they can’t jump up or down to any height.

Due to being severely affected with brachycephaly (abnormal head shape/compromised breathing), the Bulldog breed suffers greatly with Brachycephalic Airway Obstruction Syndrome (BAOS) which describes the clinical signs seen due to the difficulty in breathing. The main abnormalities seen are narrowed nostrils and a narrowed windpipe, making breathing even harder which can lead to secondary changes which narrow the airways further, such as collapse of the larynx (opening to the windpipe). BAOS will often include snoring, heavy breathing, and respiratory distress with the dog struggling for breath, and can lead to collapse and death. Dogs which suffer are unable to do any exercise at all, are very prone to heatstroke and have constantly disrupted sleep. BAOS would be suspected in any Bulldog showing the signs as mostly all suffer from the condition in some form. However, clinical diagnosis is made in the form of x-rays and sometimes an endoscopy, with an examination under anaesthetic. This is dangerous for any brachycephalic breed as their breathing difficulties heighten the risk of the anaesthetic. It is unlikely BAOS will ever be able to be bred out of the Bulldog, as it is a result of the appearance of the dog, but any dogs who suffer greatly should not be allowed to be bred from.

Another condition Bulldogs are affected by is Dystocia due to Foetal-Pelvic Disproportion. Dystocia is a term used to describe any difficulties in giving birth and requiring medical help to give birth. Problems occur frequently in English Bulldogs due to the puppies having relatively large heads (as a brachycephalic breed) and bitches tend to have relatively narrow pelvises. Also, Bulldogs cannot cope with exertion or stress due to their breathing difficulties, and without intervention and an elective caesarean section, dystocia would lead to the death of the puppies and often the mother. There is no likely solution for this condition, apart from out-breeding to breeds which do not suffer with brachycephaly or dystocia; however, that would compromise the classic English Bulldog breed.

A gentle individual or older couple who are home the majority of the time and like to potter about the garden or section, without the need to partake in long walks or high-exertion activities.

Are you a Bulldog breeder? Please contact us admin@pedigree-pets.com to help expand our knowledge. 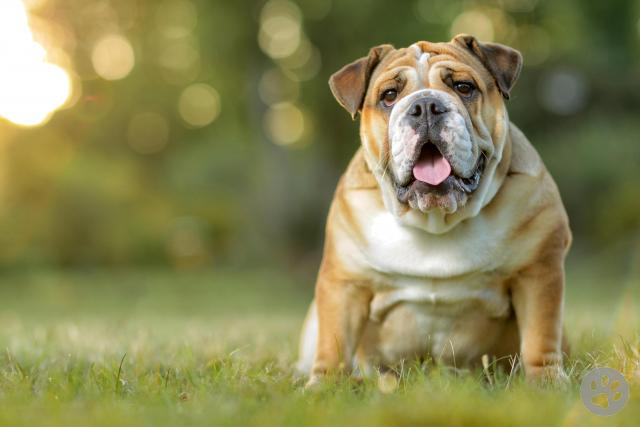