The Rhodesian Ridgeback originated in South Africa, where it was bred by the Boer farmers as a hunting dog, capable of tracking and holding a lion at bay until their master arrived. Hence, they received the nickname ‘lion-hunting dog’ and were referred to as the African Lion Hound. The Rhodesian Ridgeback was the 112th breed admitted into the American Kennel Club records in the 1950s, after breeders in Zimbabwe set up a standard for the breed and several of the best were taken to America.

The Rhodesian Ridgeback is so-called due to the recognisable ‘ridge’ of hair running down its spine in the opposite direction to the rest of the coat. At the beginning of the ridge, just behind the shoulders, are two identical whorls of hair leading into the ridge which ends in a point just before the hips.

The Ridgeback colour is referred to as ‘wheaten’, and can range from a light wheaten to a rich-red wheaten colour. In breed standards, a little bit of white on the toes and chest is acceptable, but excessive white hair is not. The coat is short and sleek, low-shedding, and requires a low amount of grooming. The Ridgeback’s nose can be two colours; the more common black, or liver/brown.

The Rhodesian Ridgeback is a muscular, athletic dog, capable of both good endurance and speed. The ears are floppy, the muzzle deep and powerful, and the legs are long and strong.

The Rhodesian Ridgeback generally has a medium lifespan of approximately 10 -12 years.

The temperament of the Rhodesian Ridgeback is naturally dignified, affectionate and gentle. However, it possesses an innate protective tendency and can be a formidable presence as a guard dog. It makes a good family dog; gentle with children and can live with other dogs and animals happily if raised correctly. Although intelligent, the Rhodesian Ridgeback can be independent and strong-willed, giving the slightly unfair impression of being stubborn. It bonds to one master generally, and can appear reserved and aloof with strangers. It can sometimes be domineering and needs a fair but firm handler to be consistent in the training from puppy days to adulthood. The Rhodesian Ridgeback is a good eater, and easy to please in that department, although weight management may become a factor to stop a greedy eater piling on the pounds. They are easy to train if using their love of food!

The Rhodesian Ridgeback is a playful, athletic dog, needing a fair amount of exercise. It is recommended it has a 60 minute walk every day, with time off the leash to run and play. It is not known as a ‘needy’ dog but, like many breeds, if left alone for long periods of time it may have a tendency to dig holes or climb fences.

Rhodesian Ridgebacks can be commonly affected by a congenital (present from birth) abnormality, called Dermoid Sinus. This is when a hollow, tubular indentation in the skin of the ‘ridge’ is present, and can run down to the underlying tissues, and in serious cases, connect with the spinal cord, risking infection of the central nervous system. Diagnosis is through touch and palpitation, with the depth and category of the indentation being determined by x-ray. There is no way to know which dog may be a carrier or otherwise safe to breed from, but currently, some breeders euthanise affected puppies at birth.

Canine Hip Dysplasia (CHP) and Elbow Dysplasia are common conditions, found particularly in large dog breeds, and the Ridgeback is no exception. It is an abnormal formation of the bone socket, and can lead to lameness and crippling pain and arthritis. Diagnosis include x-rays and hip/elbow-scoring tests, which must not be done too early in life, as too early and the tests will not show anything. Since the condition is an inherited disease, it is important to maintain the breed standards and purchase a Ridgeback puppy through a reputable, NZ-registered breeder, whose breeding stock are all tested for the main health issues.

A seasoned dog owner who has the time to commit to training a young Rhodesian Ridgeback puppy, and who enjoys running 20 kms most days with a willing canine companion!

Are you a Rhodesian Ridgeback breeder? Please contact us admin@pedigree-pets.com to help expand our knowledge. 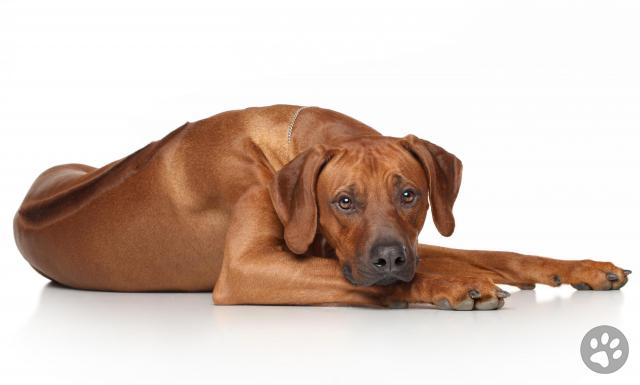