The British Shorthair cat is one of the most ancient breeds known, dating as far back as the first century AD. It originated from European domestic cats imported into Britain by the invading Romans, where they mated with local cats to produce a breed largely unchanged today. Selective breeding began in the 19th century, with special emphasis on developing the unusual blue-grey colour, called the ‘British Blue’. Around the time of World War I, the British Shorthair was in decline, partly due to the introduction of the Persian, so breeders mixed the two together, the resulting genes eventually leading to the British Longhair. It wasn’t until after World War II that breeders worked hard to re-establish the true British type, and by the late 1970s the British Shorthair was formally recognised in breeding registries.

The British Shorthair is a powerful, compact, stocky type of cat, with short legs. The tail is medium length and blunt-tipped. The head is round with a short muzzle, and mature males especially develop chubby, rounded cheeks. The eyes are large and rounded and a coppery orange colour in the British Blue variety. Their little pointy ears are broad and wide-set. Unusual among domestic cats, there is a noticeable difference between the sizes of the males and females, the males reaching approximately 4.5 – 7 kg and the females 3 – 5.5 kg. The coat of a British Shorthair is very dense but does not have an undercoat, therefore the feel of it is plush rather than woolly or furry, and it has a noticeable crisp pile which tends to ‘break apart’ when the cat moves.

The most well-known colour variety is the British Blue, although Shorthairs have been developed in many different colours and patterns now. These colours include blue, black, red, white, cream, silver, golden, and more recently, cinnamon and fawn. They can be either solid colours, or tabby, bicolour, colour-pointed or tortoiseshell. The tabby patterns include Classic Tabby, Mackerel Tabby, Spotted Tabby and Ticked Tabby.

The British Shorthair is friendly, easy-going and gentle, often becoming devoted to their owner. They are not as active or playful as some breeds, but they also tend to be less destructive. They are good with children and make an ideal family pet. Care needs to be taken with their diet as they can be prone to obesity.

The British Shorthair is considered to be a long-lived cat, with life expectancy between 12 to 20 years, and the average lifespan being well over the minimum. They are, however, predisposed to developing Hypertrophic cardiomyopathy (HCM), a disease in which the muscle walls of the heart thicken, making it harder for blood to be pumped around the body. The condition can lead to heart failure and other complications such as blocked major blood vessels, causing severe pain. Cats can be screened for HCM by an ultrasound of the heart, and identified as clear or a carrier. This means it is possible to determine which cats are suitable for breeding and which ones should not be used; highlighting the need to only purchase kittens from reputable, registered breeders.

Haemophilia B is a rare blood disorder where the blood is unable to clot properly, leading to excessive bleeding. It is reported to be inherited in British Shorthairs, although it is uncommon.  Clinical signs can include prolonged bleeding from an injury or surgery, limping, swelling under the skin, bruising, weakness, lack of appetite or fever. Internal bleeding in the organs may also occur. Diagnosis is via a blood test, testing the platelet count and clotting time, and although there is no genetic test available to determine whether an individual will develop the condition, carriers can be identified, allowing for better breeding practices and less cases of litters of kittens developing haemophilia B.

Are you a British Shorthair breeder? Please contact us admin@pedigree-pets.com to help expand our knowledge. 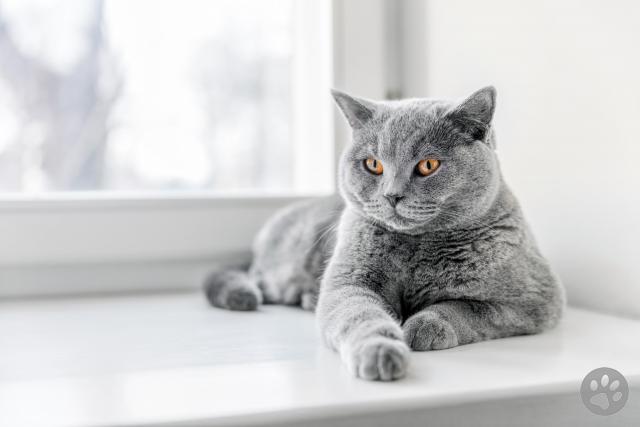